Wings and rockets: the story of women in air and space

From Katharine Wright, sister of the Wright brothers, to Eileen Collins, the first woman commander of a spacecraft, scores of women have played critical roles in our country’s history of aviation. Wilbur and Orville Wright, who pioneered powered flight in 1903, knew how much they owed to Katharine. “When the world speaks of the Wrights,” said Orville, “they should not forget our sister.” Although Katharine Wright was among the first women to ride in an airplane, Blanche Stuart Scott was the first to sit at the controls. To achieve her dream, Blanche overcame sexism and other obstacles. The same can be said of every woman whose piloting career is highlighted here – Bessie Coleman, Amelia Earhart, Jackie Cochran, Ann Baumgartner Carl, Jerrie Cobb, Shannon Wells Lucid, and others. Their stories are sure to fire the imaginations of readers and encourage them to “follow their hearts into the sky” – or anywhere at all.

This beautifully articulated history of American women who broke barriers to achieve an especially satisfying success is enhanced by clever, captivating halftone illustrations.
Also in This Series 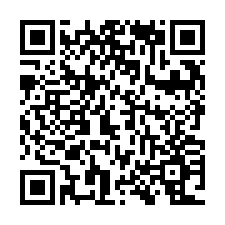