Silvermeadow: a Kathy and Brock mystery

Description
Two cases. One location. The first case, a girl gone missing, seems a decidedly local affair. The second, the return of a violent criminal who had fled the country, instantly attracts the interest of Scotland Yard and Detective Chief Inspector David Brock.
When he learns that his longtime nemesis, the amphetamine-juiced killer and thief known as "Upper" North, may have surfaced, Brock assembles his team, summoning Detective Sergeant Kathy Kolla to assist him. Their manhunt centers on Silvermeadow, the huge and glittery supermall on the outskirts of London where North was spotted. Taking on as camouflage the case of the missing girl, who had worked at the mall, they lie in wait, hoping to catch North before he can strike with a new crime. Yet what should they make of rumors of other young girls having disappeared from Silvermeadow? Is there a predator on the loose within the apparent safety of its carefully orchestrated aura of order and control, like a monster in a maze? Very quickly, the mall itself - and its colorful cast of characters - becomes key to their dual investigations.
Also in This Series 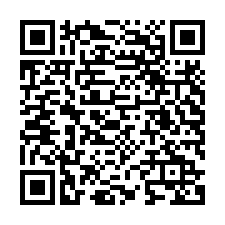