True men and traitors: from the OSS to the CIA, my life in the shadows

Description
THE OFFICERS OF THE CLANDESTINE SERVICES (CS) of the CIA ARE CALLED UPON TO DO SOME OF THE MOST DANGEROUS WORK IN THE WORLD.

"They enter hostile buildings and go down into foul, black sewers in the dead of night to bug the enemy. They do business with Communists and other autocrats, with terrorists and crooks, to seek the truth and try to undo evil. They work endless hours to live their cover as well as to perform their primary duty. They face the fear of exposure and/or death. They are on duty twenty-four hours a day, all year, for their entire career. All of that and more, but since the work is secret there is no chance of renown or gratitude from the public.

"When youve finished this book (unless you are now or have been an espionage professional), you will have learned quite a lot about life inside what is often called the second oldest profession. This memoir is a worms-eye view of spying in war and peace: of what day-to-day espionage was like for some of us during the Second World War and in the depths of the Cold War that followed it." –from True Men and Traitors 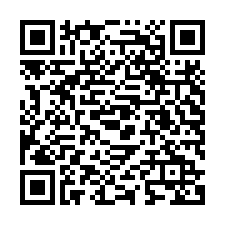