U.S. Marshal Clay Shannon is enjoying a new life as a New Mexico cattle rancher when rustlers invade his land, steal his cattle, and kill several of his men. Angrily, Shannon pins on his marshal's badge and starts after the rustlers. The trail takes him through the Southwest to the Pecos River, where the outlaws are waiting in ambush. Shannon leads his men in a wild charge across the river through a hail of gunfire. After the resulting deadly gunfight, Shannon pursues the remaining rustlers into Texas where, with the help of a young Mexican girl, he tracks the rustlers to their hideout.

There another deadly confrontation develops, ultimately leading Shannon into a thunderous and heart-stopping climax in which Shannon is forced into a desperate gamble to save both his herd and the woman he loves from destruction. This is a hard-hitting, fast-moving story which will delight all fans of the Clay Shannon western series. 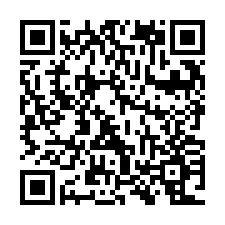