Description
Angel Rock is the name of a hardscrabble town in the Australian outback, encroached upon by wilderness on all sides. So it's not hard for thirteen-year-old Tom and his four-year-old brother, Flynn, to find themselves lost, on an unfamiliar road leading to nowhere they know, night falling, no one in sight. And in the instant that Tom's attention is caught by a kangaroo lying by the side of the road - is it alive or dead? - Flynn is gone.
Flynn's inexplicable disappearance weighs heavily on the small, close-knit town. But there's more: another child of Angel Rock, a girl now in her teens, is found dead, an apparent suicide, in Sydney. And when the suicide becomes known in town, the history of deep-rooted family feuds and dark, unshakable obsessions that the community has tried to bury begins to push to the surface. But it is only with the arrival of Gibson - the investigating detective from Sydney, a man given to frequent spells of drunkenness and despair - that the highly charged, intertwining questions surrounding the disappearance and the death, the silence of the townsfolk, and the mysteries of the land itself begin to be answered.
Also in This Series 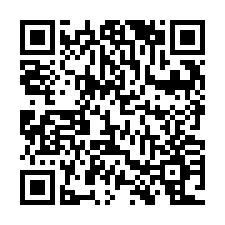