Description
R. A. Salvatore, the New York Times bestselling author of Siege of Darkness, Starless Night, and The Legacy, is universally acclaimed for his vivid characters, nonstop action, and stunning depictions of battle.  Now, in The Demon Awakens, he has written his masterwork, creating an astonishing new world for readers to explore--and a hero to lead the way.  In the classic tradition of Salvatore's own Drizzt Do'Urden, young Elbryan Wynden must confront the dark tides of destiny, and forge a path through heartache and deadly peril in the search for justice and peace.

In a volcanic cavern a great, awakening beast vexes to life all that is violent and base in the enchanted land of Corona. No creature dwelling there will remain unscathed.

Incited by this newly awakened evil, goblins ravage the settlements of the frontier, abetted by fearsome giants. In tiny Dundallis, their swift, merciless attack leaves behind two shattered orphans. Stripped of all they hold dear--including each other--Pony and her lifelong friend, the youth Elbryan, face an uphill battle for survival. Scarcely more than children, they teeter unaware between despair and destiny.

Meanwhile, on a far-off island, a shower of multicolored gemstones has fallen onto the black sand shores. When harvested by the monks whose order guards secrets of magic, these stones will contain incredible powers, carrying in them the key to all that is good in the world . . . and all that is evil.

Pray that they don't fall into the wrong, clawed hands.

R. A. Salvatore's most powerful novel yet, The Demon Awakens is fantasy adventure par excellence, peopled with a cast of unforgettable characters fighting for good in an innocent world beset by ancient and implacable evil.
Also in This Series 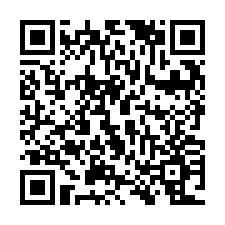