Description
Barnaby Skye, seaman-deserter from the Royal Navy, Rocky Mountain trapper, and frontiersman extraordinaire, brings his Crow Indian wife, Many Quill Woman (whom Skye calls "Victoria"), to the trappers' rendezvous on the Popo Agie River of Wyoming in the summer of 1838. There, he learns that the beaver-trapping business is dying out. When he is offered a chance to become a post trader in Victoria's homeland, he makes the journey to St. Louis to present himself as a candidate for the job to the mighty managers of the Upper Missouri Outfit.

The 2,000-mile voyage down the Missouri River steamboat Otter is a lesson in survival to Skye and Victoria. The river offers dangers at every turn--but the real danger lies in another passenger on the paddlewheel steamer, the Creole fur brigade leader Alexandre Bonfils. This nefarious man, with influential relatives in St. Louis, is a rival for the job Skye is seeking and is determined to be the only candidate by the time the Otter reaches the city.

Adding to Skye's problems is his rescue of a Cheyenne woman, Lame Deer, who needs to get to St. Louis to find her missing husband--a white man who has deserted her and their two children to marry into a prominent St. Louis family.
Also in This Series 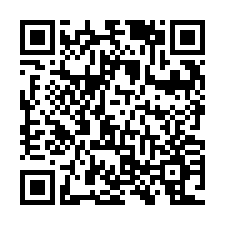