Nobody knew Dorothy could do such a tremendous Tarzan yell. Not Dwayne, Dorothy's enemy, who wants the part of Tarzan in the class play more than she does. Not Mr. Mooney, their teacher, who has no choice but to give Dorothy the part. Not Dorothy's parents, who are as uneasy as Mr. Mooney about it. Not even Dorothy! But when the uncontrollable urge comes over her--the smell of the jungle, the sense of raw, primitive emotions, the wildness--Dorothy lets out a Tarzan yell so loud, so effective, they all feel its incredible power. And so do the neighborhood animals.

More and more animals gather whenever Dorothy practices. Then the circus comes to town, and a puma escapes to Dorothy's yard after one of her yells. What will happen on the night of the play--which also happens to be the opening night of the circus--when Dorothy is determined to give the yell of her life?

Betsy Byars's lighthearted story is as exuberant and surprising as Dorothy's Tarzan yell. 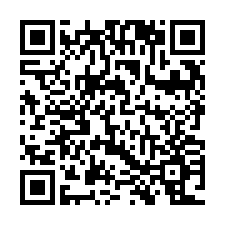