The jester has lost his jingle »

The jester has lost his jingle

Description
An appealing, uplifting story about laughter, told in bouncy rhyme that captures the imagination of children and adults of every age. A captivating Spanish translation in rhyme by Natalia Aurrecoechea realizes the creative rhythm of the original English in this bilingual English/Spanish edition. The zingy translation makes it a delight for children learning Spanish and those learning English.

Bright, full-color, imaginative illustrations on every page add dimension to this involving tale of a Jester and his scepter Pharley looking everywhere for the laughter that eluded them in the King's court. This N.Y. Times best-selling picture book takes The Jester & Pharley to unexpected places where they hope laughter lurks – the hot desert, snow-covered mountains, steep tree-dotted cliffs, flower-filled meadows, under the sea, deep in the heavens, in a grim city where no one smiles and everyone seems miserable.

But The Jester & Pharley refuse to give up. They can't imagine a world without laughter. Outside a hospital, The Jester reminds Pharley that: It's up to us to make a difference. It's up to us to care. When they meet a little girl who says she just feels like crying because she's been ill, The Jester says: Whenever I feel like crying, I smile hard instead. I turn my sadness upside down and stand it on its head. Soon, the little girl laughs again and with her, The Jester & Pharley discover the secret: Remember where laughter's hiding. It's hiding inside of you!
Also in This Series 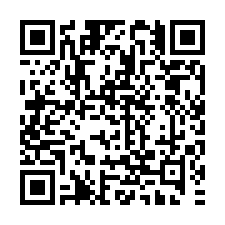